MariaEngine 64 is a platformer engine perfect for that N64 / PS1 look! Modern shaders put a little extra flair in the graphics while the low-poly models are easy to work with even without 3D art skills. Whether you want to make the next smash-hit '90s throwback collectathon or just fiddle around learning how 3D works, it's the perfect way to finally get some 3D functionality into Game Maker!

Now with the Open World edition included, which has systems for procgen 3D worlds with chunk loading/unloading! It's generally an upgrade to the legacy version in every way, but since some systems (like the 3D skeletal animation) were removed I'm still offering both for download.

Create overworlds made from procedurally generated terrain, all you need is a depthmap texture to generate them from! Chunks of the level are loaded and unloaded as the player moves around, letting you make infinitely large levels!

Of course, procgen terrain only gets you so far, so you can assign level files to an overworld chunk and it will be loaded automatically as the player gets near!

Of course, levels can still be standalone, mapping to an overworld is optional.

Also features basic triplanar texture mapping and being able to assign "material" parameters to subtextures, for things like footsteps changing depending on what you're walking on!

Make levels from simple building blocks right in the game while developing the project, with access to all the object data and all the effects you'll see when loading the levels in the actual game!

The editor is handled by normal Game Maker objects and can easily be extended if you need custom features for your project.

The editor is included in the demo! Try it out and get a feel for it, you can make as many levels as you want!

2D skeletal animation from SoulsVania engine returns, but now with 3D skeletons! Still made from flat sprites, but using trigonometry shenanigans to render the skeleton in 3D space, allowing your state-of-the-art characters to still look like 2D sprites!

Comes with a custom scripting language that makes it trivial to fill your world with NPCs! And if that wasn't enough, you also get CISQ, the Cutscene Initialization Script-Queue system, for in-engine cutscenes!

Always scrambling to find ways to squeeze the most out of Game Maker's built-in measly 8 lights? The Maria64 lightning system allows an infinite number of lights in theory! (The engine is set to 32 lights by default for a balance between speed and flashiness, but the only limitation for this number is your players' GPU power)

The camera tries to avoid obstacles ahead of time using collision raycasts, align itself with sloped terrain to help you judge distance, gradually turn around to face the direction you're moving in, and more! Many best-practices are implemented in the camera behavior.

Collision checking based around simple geometry checks and a pre-buffered hash map for maximal speed ensures you can squeeze as much action into the game as possible! The main level geometry is all combined into a single 3D model, letting you have only a very small zone active at any time while still having  practically infinite draw distance with no slowdown!

Shaders are written in GL ES 1.0 for maximal compatibility - the 3D effects might even work on mobile devices! (Lower-end mobile devices might not support enough texture uniforms for some of the effects. Use with caution.)

In order to download this asset pack you must purchase it at or above the minimum price of $14.99 USD. You will get access to the following files:

I mean, there's a free demo which has all the benefits of a video + lets you check things more closely instead of only getting my perfectly edited version that hides all the obvious flaws....

Getting this error after importing the recent update you made

of Alarm Event for alarm 0

I can't reproduce this on my end, but I'm noticing weird git diffs where the data of the included files get their "CopyToMask" set to "-1", which looks like it could be the issue. I'll upload the latest file I exported (in case whatever happened didn't happen because it was fixed?), if that fails I've also uploaded the level sources separately ("Level source files"), please try manually re-importing them as included files if they still don't load properly.

Updated the project to 2.3. It seems to work without changes (except performance is slightly worse - this is most notable in the level editor when editing a huge level)

I'm really loving this engine, as I do all of your stuff! I'm learning a lot as I go, taking notes about where various things are controlled from. I just have a few questions:

1. How do you add more placeable objects into the stage editor, like items and decorations? I figure it has something to do with yashow_menu and the variables like misc_item_str that is read in the user events in obj_editoroverlay.

2. What would be the most efficient way of adding gamepad controls? I see where to change the keyboard inputs in get_keys and in the camera objects.

3. Do you plan on adding any documentation down the line to make it a little less confusing to create new models using the simple shapes and paths? Genius method, by the way!

Thank you so much for all your work, in this and many other engines!

1: Scripts --> Editor --> Data Definitions is full of scripts that set up these menus. Some metadata needs to be stored on the side, so the strings you've seen really only exist for the menu itself (it's a compatibility function for now-deprecated show_menu that showed a Windows popup menu of the same type you get when right-clicking something)

2: I'd add a new global variable input_device which defaults to a new constant inputdevice_KEYBOARD which is negative. In Asynchronous Event: System events added to the main control objects, set the input device to the new gamepad ID when a gamepad is discovered and back to inputdevice_KEYBOARD if the current gamepad is lost. (Read up on the Asynchronous Event List page for the details on this step). In get_keys, check whether input_device is equal to inpupdevice_KEYBOARD and if so run the current code, else if it's >= 0, read status from gamepad index input_device using gamepad_button_check for buttons and gamepad_axis_value for sticks, with appropriate values for buttons and axes (axes 0 and 1 are the left stick, 2 and 3 the right stick, and there's named constants for all standard buttons).

(You'd probably want to put the gamepad check in a script and have every major menu controller have one of these so the events can't get lost if you change to a room without the player object setup... including putting one in the setup room, perhaps? Not sure how GM will treat that event since it's supposed to trigger at the start of the game but the first room has no objects...)

3: Not really, the system turned out to have terrible performance and I'd do everyone a disservice if I encouraged using it :P The gist of it is that the silhouette described by the path is rotated in 3D space to create the model, and if you have multiple paths the shape will be blended between them. Paths are listed together with an angle; that angle is where the shape will be 100% that path (if you only have a single path to define the shape, you can just use an angle of zero). Finally, the body part is stretched over a radius/height pair, so you get more fine-grained control over its final size (GM paths get kinda wonky when you make them too small so they're several hundred pixels big and then downscaled).

Thank you so much, Yal! The method for creating models may not be the most efficient performance-wise, but it really is an incredibly smart way to get around the need of importing them from outside!

This is incredible, and will take a bit for me to decipher but hats off to you!

What's been your experience with FPS? I'm getting 15-20 FPS on the demo level.

Everything runs in stable 60fps on my end, I wouldn't ship something that I know is broken. But it's definitely demanding a lot of resources.

One of the biggest CPU and GPU bottlenecks is the custom skeletal animation system (re-computing the coordinates for every limb is pretty expensive and then there's dozens of draw calls that each require rebuilding the world matrix), so I'd recommend getting something like Sndir's Model Format instead if you can (which is free!). My skeletal animation system is a bit of a disappointment because of the performance issues and inherent limitations, so I mostly intend it to be a placeholder so the asset can have characters at all... GM's built-in 3D modelling support is very limited to begin with, and I have no experience with 3D modelling tools, but I know how to use paths and trigonometry so I stick to my guns :P

The second biggest resource hog is me using a sort-of-pillbox-style hitbox for the player, doing a lot of collision checks to make sure they work smoothly with all sorts of terrain... but the collision amount gets increased a lot because I essentially do one raycast along every axis to handle movement, so this balloons exponentially in performance requirements. Depending on level architecture, you could get away with a much simpler hitbox which would improve this.

If you're interested in the gritty details, here's the results of the profiling I did of the game's performance: 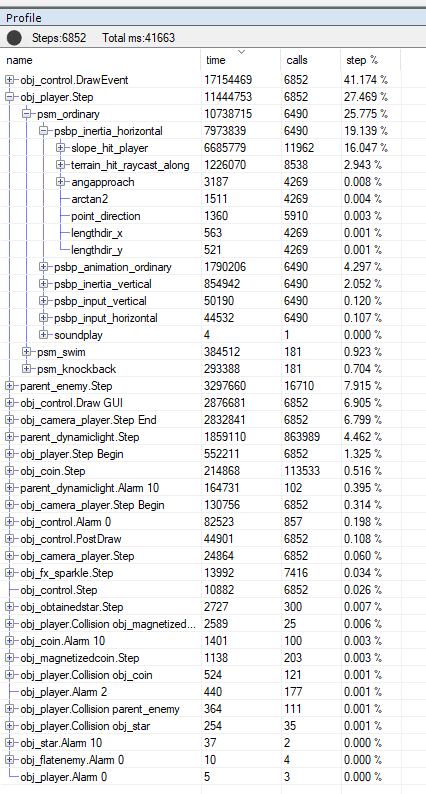 (The control draw event isn't expanded, but essentially the bulk of it is drawing character models)

Another fine asset from Yal! I just wanted to let you know I am also getting 15-20 FPS on the provided demo level in the GM:S 1.4 version. The GM:S 2 version ran around 25-30 FPS. I have a GTX 1070 gpu and a great processor so my rig shouldn't be an issue.  Probably just the limitations of Game Maker in 3d I would assume.  Keep up the amazing work!

Interesting... I'm on a GTX 1060 / i5-8300 rig these days so I would've expected your performance to be better than mine. (Bigger numbers means better hardware, right...?)

At least the "GMS2 has better performance than GMS1" result is congruent with my testing - it's not as noticeable when both run relatively stable 60fps but the difference is gigantic - something like 500 fps_real for GMS1 vs 800 fps_real for GMS2.

I'll see if I can integrate a few features here into the FPS Engine.
That should be an interesting experiment. :)

Oh my gawd. Instant buy just to support awesome works like this. 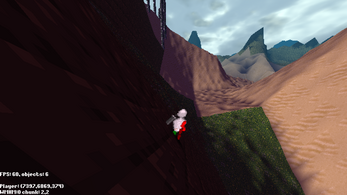 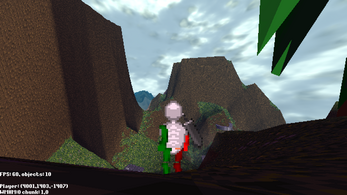 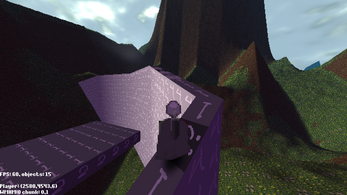 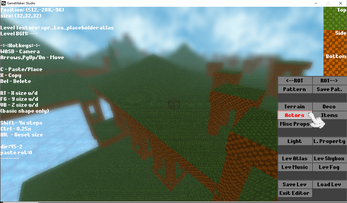 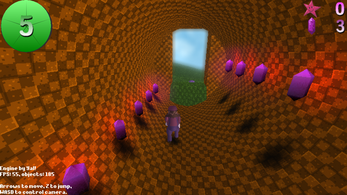 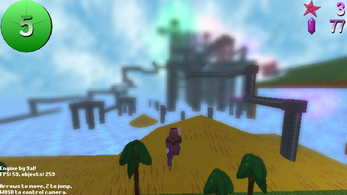 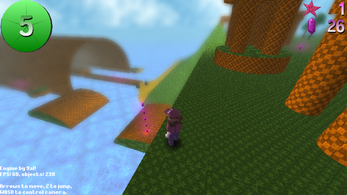 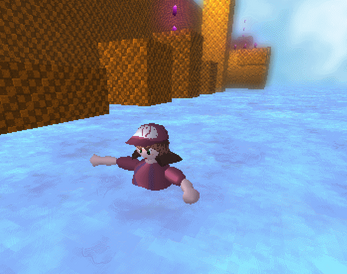 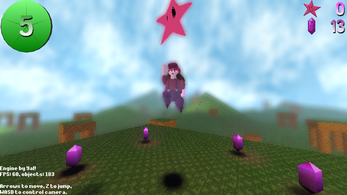 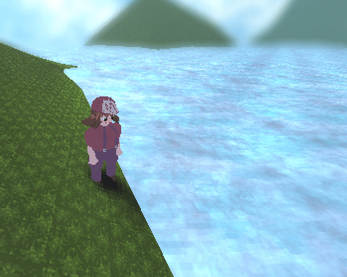