Ascend to the Greatest Challenge

Shattered Whirr is an arcade-style bullet hell shooter inspired by R-Type, UN Squadron, Deathsmiles and Crimzon Clover. Relentless enemies and screenfuls of bullets await you in this test of courage, reaction speed and pattern recognition!

Make your way through 8 action-packed horizontally scrolling levels using various skin-tight flying weaponry, fighting off the entire cyberpunk barbarian army by yourself... or with up to 3 friends in local co-op!

Screen distortions, background lighting and tasteful color bleeding give you the authentic experience of playing the game on a real, CRT-monitor arcade cabinet! The perfect sensory overload to take your mind off things when you need to relax.

And it's not just for show, either! High-contrast bullets and phosphorous burn-in trails helps making the brutal challenge more surmountable no matter your pattern recognition skills, and the explosions have been carefully fine-tuned to be maximally satisfying to cause.

Flashing lights and sudden shifts in brightness is kept to an absolute minimum to ensure even photosensitive players can enjoy the carnage!

All Hope is Shattered... or is it?

Unlockables and achievements aren't affected by you taking the easy way out, so play the game the way you want it!

The "Charge Shot" system makes every fraction of a second a tense choice between risk and reward - do you unleash your charged attack now to get enemies out of your face, or do you focus on dodging until your screen-clearing super attack is ready? There's no bombs to save you here - only your perseverance!

The Whirr Suits offer unmatched aerial mobility, enabling you to shoot backwards and forwards as you see fit! When enemies besiege you from all sides, this ability will surely come in handy.

A Blast From The Past!

One of my longest-hiatus projects, Shattered Whirr saw the light of day as a 3-day jam game 5 years ago, and the "full version" I promised to make never got completed... until I finally resurrected it in late 2020 and decided to get it a fresh coat of paint!

Professionally rendered textures and shaders bring out the best in gameplay that has aged like a fine wine, while the character designs are as questionable as ever!

Hi, I've put a bit of time into this and thought I might offer a bit of constructive criticism:

- The fact that most characters' sprites are vertically-oriented makes it feel unusual for a horizontal shooter from the get-go, but putting most of their hitboxes on their lower halves was particularly difficult for me to get used to.

- Even when I was managing to keep an eye on the hitbox, oftentimes either the flashy effects of my charge shot, enemy explosions, and/or pop-up score numbers would end up obscuring my character and/or an enemy's attacks, causing me to lose my place.

- In similar fashion, while hostile bullets are usually easy enough to keep track of, the enemies themselves, particularly the frustratingly relentless tent dwellers, are frequently able to sneak through the chaos undetected and bum rush me; also, when recovering from a death the bloodstain effect tends to make it difficult to get a bead on my position before the invincibility runs out, frequently leading to a quick repeat death.

- Most of the treasure chest items you find seem to just increase score, but I think some do other things; it's hard to tell, though, since you just grab a whole bunch at once and move on quickly to avoid being swamped. Is there more to pickups than points, or am I imagining things?

Hopefully most of that makes sense, let me know if I need to elaborate on anything. Thanks for sharing so much free stuff with us, hope you're able to enjoy the holidays coming up.

The rationale behind putting the hitboxes on the lower halves is that the weak point is the nuclear reactor powering the whirr suits... since everyone using a whirr suit shoots from the reactor, the hitbox basically is centered from a mechanical point of view, there's just a lot of irrelevant character fluff sticking out on top of the sprite. (There's a handful of characters where a very disjoint hitbox is a deliberate part of the balancing, most notably False Queen Eli and Shield Anikel)

After dying, you will respawn in basically the exact same screen position you were when you died... it's clamped a bit so you can't get too close to the screen edges (in particular the left edge), but essentially you can just keep staring at the same position to figure out where you will respawn.

Picking up treasure items (the stuff that drops from chests and powerful enemies) refills the combo timer, this also temporarily stops the combo from dropping if the timer has run out. Powerful treasure (the stuff from blue chests) also add 0.1x to the combo. So it's basically all about points, it's just more complicated than "get things for points". The idea is that you'd strategically pick up treasure at the last second to prevent your combo from dropping when there's an enemy drought, so you can maintain that juicy 10x combo through the entire stage.

You get extra lives from stars, so those have a purpose beyond points. (Larger stars are worth more points and more star value). Killing an enemy turns all their active bullets into stars so there's strategy involved in that too.

Thanks for clarifying a couple of things. I don't know how much more work you plan on putting into this, but my top suggestions would be a transparency adjust option for certain elements (score numbers, blood spatters, etc.) and perhaps a bright outline around certain enemies to make them easier to make out. All the best with your future projects.

Another great game as usual. The text was a little hard to read at first glance but we got used it. Might be the shader though. There are so many Characters. Thought we were looking at a Smash brothers roster. We've tried out the core 8 characters first. Love them all so far. Definitely gives us more to dig our feet into. This has that Bullet Hell nature to it. Similar to one of your previous titles. Great game. Needs more characters (totally kidding) =P

There's actually a whole bunch of characters that were cut because their mechanic didn't work out in practice, I'm not joking :P There's still a bit of balance issues, but at least there's no completely unplayable characters with the current roster.

I got a chance to play your game to which it reminds me little of Metal Slug meets Gradius. If I add a suggestion is when upgrading a weapon have the character change color or costume that is based on a weapon. Next when playing two or three players have them combine into one for 10 to 15 seconds. The first player can control the movement as the rest of the players can shoot rapid in a circular spread bullets, whenever they acquire an item like a glowing star. I hope these suggestions would help your game.

There's no weapon upgrades, so the first suggestion will be easy to implement (I won't do anything). And for combination characters, this would change the balance way too much for a game this late in development. Maybe for the sequel in 2025? 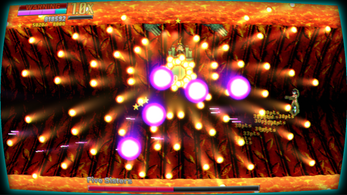 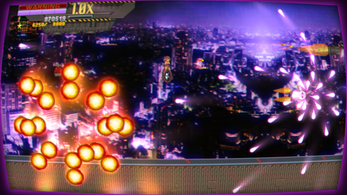 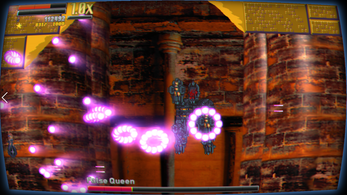 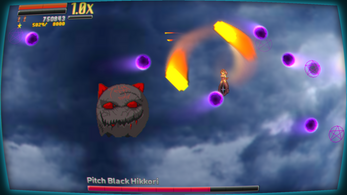 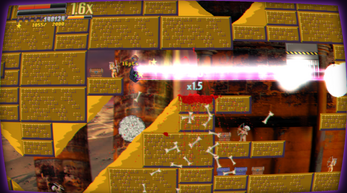 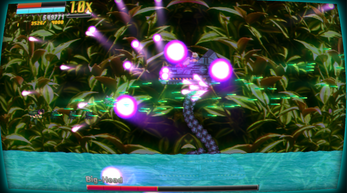 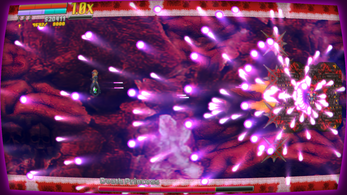 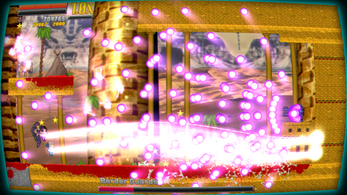 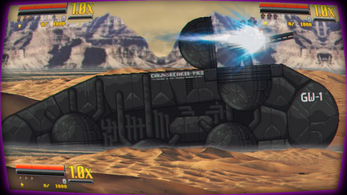 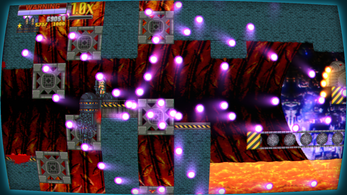 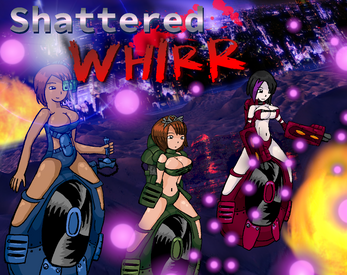