Take on the role of a girl with the worst form of amnesia; only having dark, depressing flashbacks from her time as a soldier. The first two people you meet lie to you and force you back into a life as a killer, albeit as a masterless mercenary who can help whoever she pleases. But shadows of your past are always a single step behind you, and whether they are out for revenge or simply desire, they do not forget just because you did.

Will you find out who you were, or will you stay blissfully ignorant in a world that cannot forget what you did? Will you settle down for a quiet life or keep pushing on and on until you find the truth? Or will you just hoard as much gold as possible by doing the one thing you're good at - shooting people?

My unfinished masterpiece from 2008-2010, Gun Princess is a metroidvania with broken english, game-breaking bugs, terrible music, physics that were intended to run on 24 frames per second, far too many bosses that are huge leaps up on the difficulty curve, tons of story exposition early on, an user interface that requires writing a ten-page essay on the included separate PDF instruction booklet to wrap your head around it, floaty jumps that makes Cave Story feel like Ganondorf wearing Iron Boots, and very aged semi-retro pixel art with a color pallet from the fifth circle of hell.

What it also has, though, is tons of content: 4 out of 12 planned endings using a complex branching path system, 450 game rooms to explore (with an average size of 8 screens), 42 different weapons (including fireballs, boomerangs, electric nunchakus, shotguns, a portal gun and a weapon that spawns giant, spiky flowers when it hits something). Power-up Bottles can be spent on any stat you please at a reduced efficiency, letting you invest points in ammo capacity or reload speed if you're confident enough to skip a bit of HP and XP upgrades.

It also has a quirky story in the vein of the Mother (Earthbound) series, where you alternate between resisting the advances of a talking bat, fighting flying tomatoes and karate rabbits, exploring a giant abandoned aquarium, and pondering on whether eternal life is worth it when everyone you love die one by one.

If you're feeling like playing a VERY old game - back from the days when Windows Vista wasn't even released yet - feel free to try out GP1, but be warned that it is not supported in any way and that there may be glitches around. Save whenever you can just in case.

The faint impression of Diane's voice echoes throughout the chamber...

"I will remain, forever protected."

This game gave me cancer! :O

...Just kidding.
However it is really hard.
I'm currently stuck at the city hall in suntown, the 5 enemies there are way too hard for me. Especially since I never bought food and machine gun is also the only weapon I ever bought (why buy guns when the smith has no ammo for it).
So I thought about buying stuff at the gray market but I just can't find it.
Where is tht thing? Or is it past the city hall, meaning that I have to win the fight without being able to visit the gray market? That would be nearly impossible. :-(

The Gray Market is just for worldbuilding, you can't actually buy anything from there. (It was planned to play a bigger role in a branching story path further down the line, but it was never added).

The smith sells ammo once you have the corresponding gun. (I guess I could've designed that interface in a better way...)

The City Hall battle is the area boss, so once you beat that, you're done with the area. If you absolutely can't beat it and want to back out, you could open Profile.yal (the save file) and change the first three lines to

then save it, close the editor, and load the file from the title screen. This will start you at the save station outside Ruruu Village. (All the bosses you beat in Suntown stays defeated) Hacking the savefile isn't the most elegant solution, but this old game of mine has a bunch of unfair situations where it can be a necessity... x3 (Suntown in general being one).

I'm not sure whether the trigger to prevent you from going back into Suntown is the first cutscene in Suntown or the last (and the source file and trigger list aren't on this computer, so I can't look it up at the moment), so you might wanna back up the current three first lines of the savefile before doing this (they correspond to room, x and y coordinates, respectively) so you can warp back in once you're ready.

okay, finally won this fight (after an insane amount of times).
However I'm stuck again! :-D
(this time for real I'm afraid)

I'm currently at Station Sigma, after getting locked in the save room and now in the room where the cutscene plays.
The girls tells me to choose whichever door I want.
However only 2 doors are accessible without the bat around and both are "not ready yet" and I should come later.

Did I find the end of the game? O_o

Doubt that but I don't see any way to leave the room.
Or am I supposed to wait and the other bat will eventually return, giving me a chance to escape?

You've found AN end of the game, that's correct :3

I don't quite remember everything that's accessible, but if I remember correctly... working with Bass lets you reach an area called the Deep Cave. Just exploring the path towards the bottom of the mountain (getting as far down as possible in the village, then get to another outside section, then further down) lets you get to an area called something along the line of "Abandoned Construction Site", though I probably used a different wording. Both of those lets you progress down different story paths.

Yeah, that's true. After the suntown thing, I was given the choice wehter to lie to the bat king (that Bass kidnapped her before we arrived) or to follow Bass to Deep cave or whatever it was called.

Since I didn't know where Deep Cave is , I went to the last thing I rememberred that was relevant for the quest:
The bat king guy.
Everything after that more or less followed a straight path.

So searching for the deep cave would have lead me to other endings?
Damn it, getting back through that insane amount of enemies without that other girl is impossible, so that's it I guess.

Althoug I regret that I still haven't gotten all the weapons to destroy the different blocks , for example the dragon martial arts skill from the central cave area. :-/

If I remember correctly, once Bass teleports away and leaves his base in the Central Cave unattended, you can search his stuff for a note with teleporter coordinates to the Deep Cave. Going to the base teleporter once you've found that should unlock the Deep Cave as a warp point. 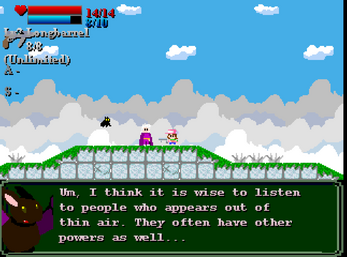 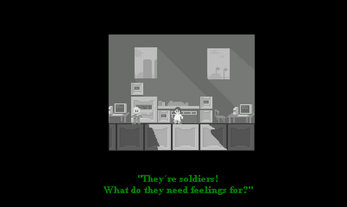 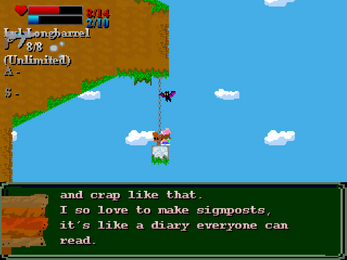 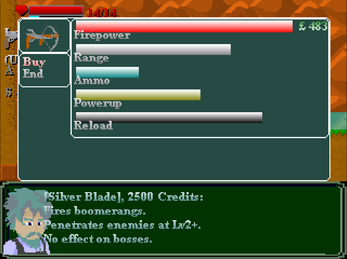 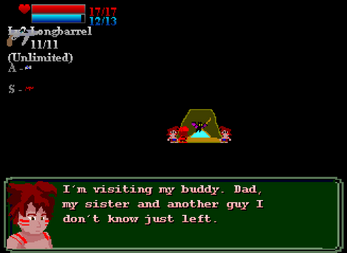 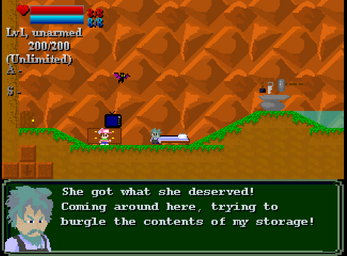 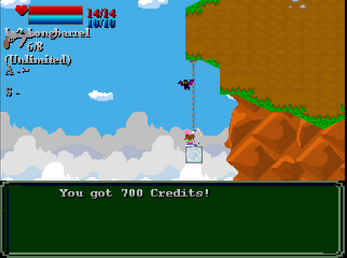 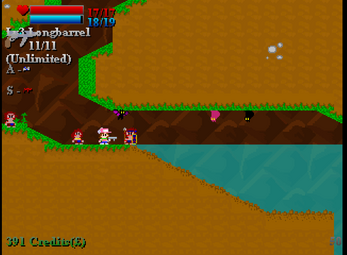 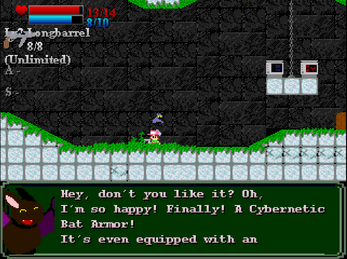 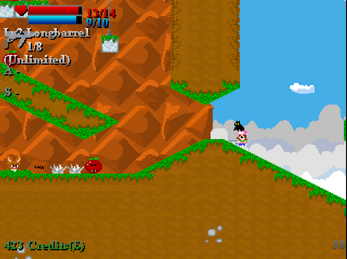