Give death to all the zombies for save of the world! For great justice!

DeathGiver is a top-down shooter game with 8 stages. Shoot things, avoid other things, pick up flashy things that make you better at shooting things!

Feel like making an extremely similar game but not feeling like spending ages programming it? You can buy the source code, all resources included!*

*except the font, which for legal and technical reasons cannot be bundled with the source file.

I beat this in one go!

Could you update for 8 direction shooting and movement of the sprites? Thanks

I definitely could, it's not impossible. You're welcome~

Please do and thanks :)

Could you please implement this for people who bought this? Like me :)

Updated it to version 2b! 8-directional shooting, it changes just a few lines of code in the player's create and step events. I had to change the size of the sprite to rotate it in 8 directions, so the value bullets are created had to be changed in every shooting script as well.

1 - It would really help to just include the license agreements with your various games rather than as a separate download.  Just a thought.

2 - You can replace the fonts with open ones such as the 'Liberation' font set and various other public-domain and free-use open ones used by various distributions of Linux-based OSes.

Thanks for the input! I have my reasons, though... for instance, downloading the license agreement separately means you don't need to download several megabytes of stuff before you're sure you wanna use it, and I want to be able to update it without having to make a new version of all my projects ever in case the need to update it ever arises. (This already happened once, which is why it's "v2"). Ideally I'd use an Itchio built-in EULA system if there was one, but there isn't, so I figured the text file would be the best solution. It's not objectively the best, or we wouldn't have any debate about it... it's just what's best for my selfish needs, so I'll roll with that unceremoniously, sorry :P

As for the fonts, I can't actually include them in any of my assets due to how GameMaker's file format is set up (fonts aren't stored in the game sources, only a bitmap render of them which is updated each time you modify the font). I'm using random fonts I like for the sources, and try to use Windows standard fonts (like Arial, which is GM's default) because that's what most people that will use my sources will have access to (since GameMaker:Studio 1.4 only has Windows support officially). Adding the Liberation fonts would require me to bundle them with the sources, and add more installation steps and potential confusion... I'd rather avoid that.

I appreciate the response.  Thanks!

I had a wall of text typed out with links and sources to make things easier to include but my browser burped and ate everything.  Can't be bothered to retype all of it.

You're the game dev and you know what is best for your game.  Cheers!

There isn't a Linux version of the game itself. The source code is cross-platform, however, since it doesn't use any OS-specific functionality, and that's probably what makes this show up as a Linux app for you. (I don't have a GMS1 Linux license and haven't really prioritized converting all my games to GMS2 yet due to how little traffic most of them get)

Great game so far but also challenging so i have not defeated it yet. 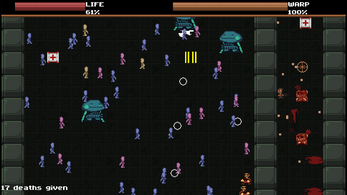 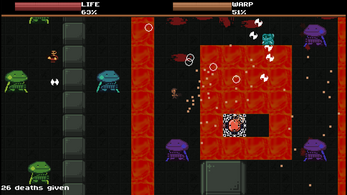 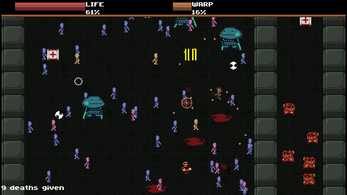 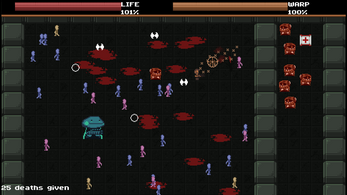 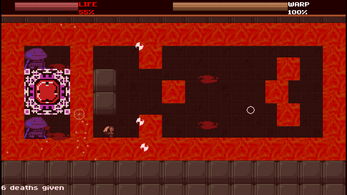 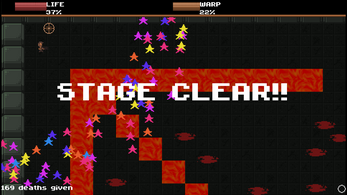