Once, our ancestors roamed this world.

Sometime in the future, the world as we know it ended in a great disaster. And then... civilization rose again by exploring and reinventing the technology of their ancestors. As part of one such science team, you are sent to a newly discovered city... only to find out more than you could possibly imagine.

Their buildings towered taller than the mountains, and their metal birds grazed the very sky.

Heart Of Ruin: Final Columbus takes place in present-day city of Columbus in the US, an unknown time into the future. The city is only roamed by zombies, feral animals and malfunctioning defense robots. Yet, you find traces of another expedition having visited recently, even though records claim the city is virgin. And your superior commander seems to know his way around the city as well. Could this have something to do with the expedition your father vanished on, three years ago? Driven by revenge, you follow your own agenda through behind the scenes.

But one day, they disappeared from the face of the Earth, never to be seen again.

A metroidvania with a high story focus, but that lets you explore side-tracks to your heart's content whenever you want a break from the cutscenes, Heart Of Ruin: Final Columbus got to the finals of Yoyogames' 6th competition in the summer of 2010 and was NAL's personal #2 favorite game. The Itch.io version has 2 more years' worth of bugfixes and added content, doubling the amount of weapon upgrades available in the original version and has all graphics redone from scratch.

Active development stopped because of the obsolescence of the GMK format and incompatibilities with the GM:S file formats making the source code impossible to port over as well as a lack of interest in the game, but Final Columbus is not left hanging in an unplayable state! A number of side quests stop halfway through, but the main campaign is finished and more than 95% of the planned content were added to the game.

We continue their legacy and give their artifacts new life, hoping to one day be their equals.

And when that happens, it is said that we will too leave this earth behind, and our descendants be created.

Not entirely complete in terms of bonus material, this game is "Unfinished but yet stable" and features up to 30 hours of play time from the first dungeon to the final boss. Over 20 weapons to find and upgrade, lots of sickly difficult bonus dungeons to explore, and a plot acclaimed to be highly well-written by... um, a number of people that... totally exists for real, #notmakingthisup! 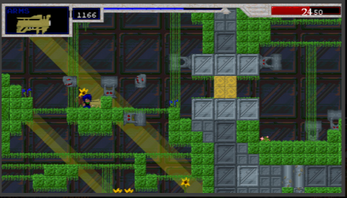 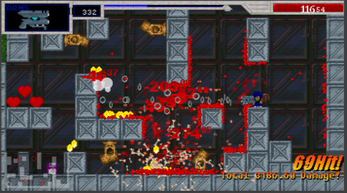